Getting Closer Every Day

HomeWellnessJenna Transformed Herself — and Now Helps Others do the Same 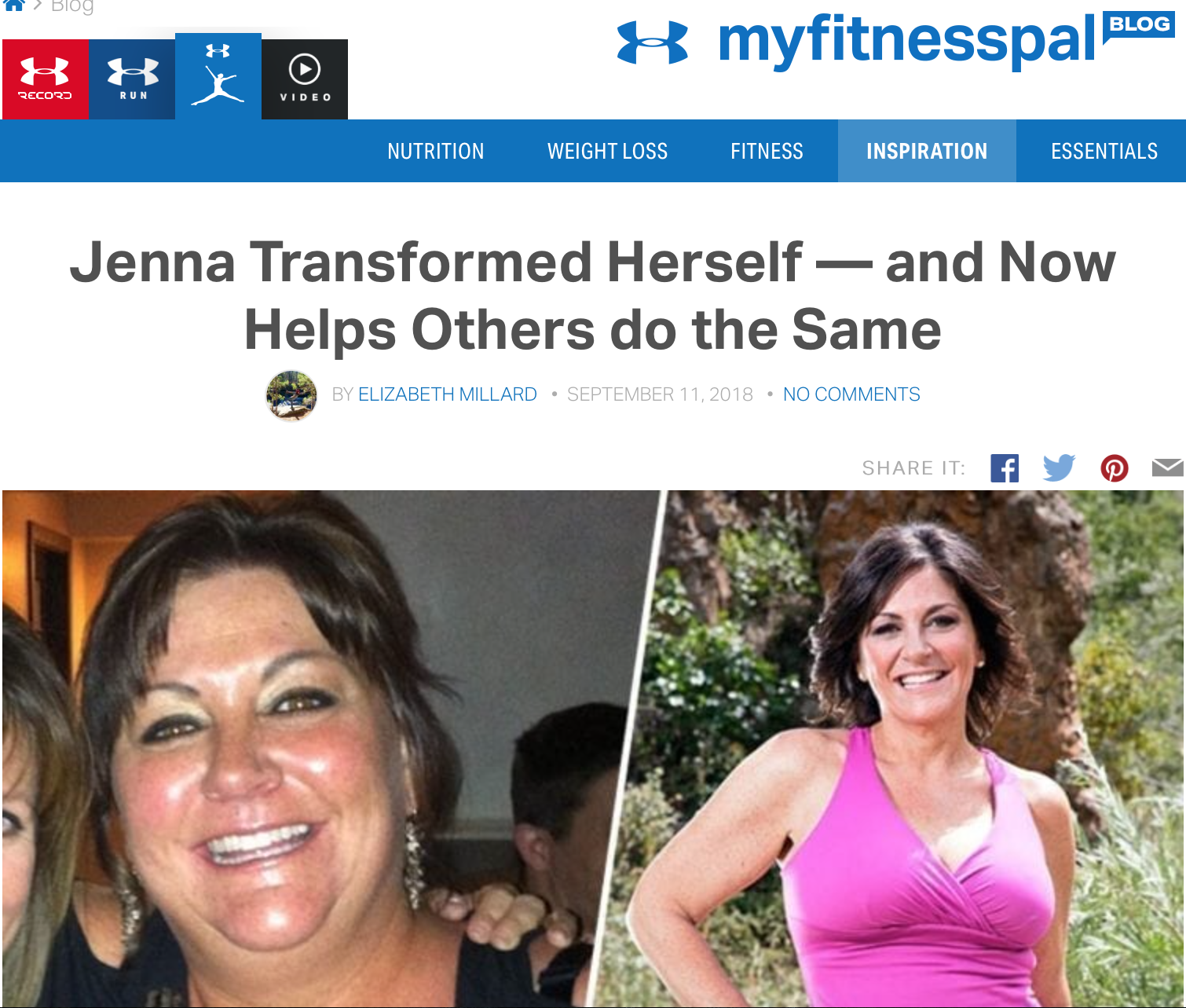 Jenna Transformed Herself — and Now Helps Others do the Same

For the thousands of people in her Facebook group and visiting her website, Jenna Leveille is a motivating force for transformation, serving up the kind of enthusiasm and support that’s crucial for crushing any goal. But that passion doesn’t come from a life spent as an elite athlete or top-ranked trainer. She draws her inspiration from needing that kind of accountability and push herself.

In 2001, after her daughter was born, Leveille began gaining weight — her pre-pregnancy weight of 150 pounds crept higher and higher, eventually topping out at 270. That’s when she began a crash diet, which initially took off 30 pounds, but as soon as she strayed from the eating plan, she gained it all back (and more).

The next 13 years followed a pattern familiar to anyone who attempts to lose weight through “the next big thing” in dieting: loss, gain, loss, gain, exhaustion. She estimates she probably tried around 50 diets in all — and it didn’t help that her career in sales involved frequent wining and dining events.

But in 2013, she made a major strategy shift. Leveille noticed that all of her colleagues were getting up early to work out, and despite being sedentary, she mentioned to her boss that she’d like to be that kind of person, too.

Drawing on his sales leadership experience, her boss immediately suggested she implement some accountability measures, such as recommending she track all her food with MyFitnessPal and let him know when she was able to exercise.

“Our conversations at work turned into talking about food and working out,” she recalls. “Even when I wasn’t doing what I should and having a bad day in terms of my choices, I remember him saying, ‘You’re getting closer every day.’ So that became the phrase I kept in mind. No matter what, I wanted to feel like I was getting closer with everything I was doing.”

Tracking her food helped Leveille see her eating patterns and understand her food addiction more fully, she says. She focused on high-protein, low-fat, low-carb and no sugar — limiting herself to 20 grams of sugar a day, even through fruit. She paired that with finding a personal trainer — who just so happened to use the same workout space as the Denver Broncos.

“Walking in the first day, I saw Demaryius Thomas and Eric Decker, and I thought I was in the wrong place,” she says. “But after a week of working out there, these guys were high-fiving me and cheering me on. I wanted to die of embarrassment when I first went there, but they were so supportive that it turned out to be the perfect place.”

At the same time, Leveille also began using social media more to post photos about her progress and check in about whether she’d worked out and stayed on track with her eating plan.

All these threads came together — work, gym and online groups — to create a foundation of accountability and support that help her set habits that remain today. Over a period of 18 months, she’d lost 140 pounds and has kept the weight off for three years.

As others began asking for her advice, she realized she could share her story to help others start believing in themselves. She wanted to pass along the message that they, too, should focus on getting closer to their goals every day.

“I’d failed myself so many times,” she says. “But it’s different when there’s the possibility of failing others who are rooting for you. That’s powerful: to want to succeed for both them and yourself. I can honestly say I’ve never been happier, and I’m grateful for the support I’ve received. Now, I want to help others follow that path, too.”

I'm still on a high from this amazing surprise performance. So many memories from our past and now present. Grateful for old friends, new friends, and all of the memories.

The calm before a new week. So much to be thankful for this season. May you find joy with your holiday season and keep any stress at bay.

How last Saturday night all started. Old friends and a big birthday celebration.

💫 So fun to see all the things you love Chris Happy 50th! Adore you all!

Well that was a surprise experience! So much fun dancing and celebrating with Chris and Tone Loc last weekend! 🎤💃

What a great experience and amazing interview with castmates from the Vikings tv series!  Loved celebrating your 50th Chris!!!!

Whether you are trying to lose weight, get a better job, be more confident or just trying to live the happiest life you can. Just know with hard work, accountability, and a supportive community that surrounds you, that you can achieve anything! You won’t likely get there in a day, but you can get yourself closer than you were yesterday. Reach out if you need more support or want to work with us!