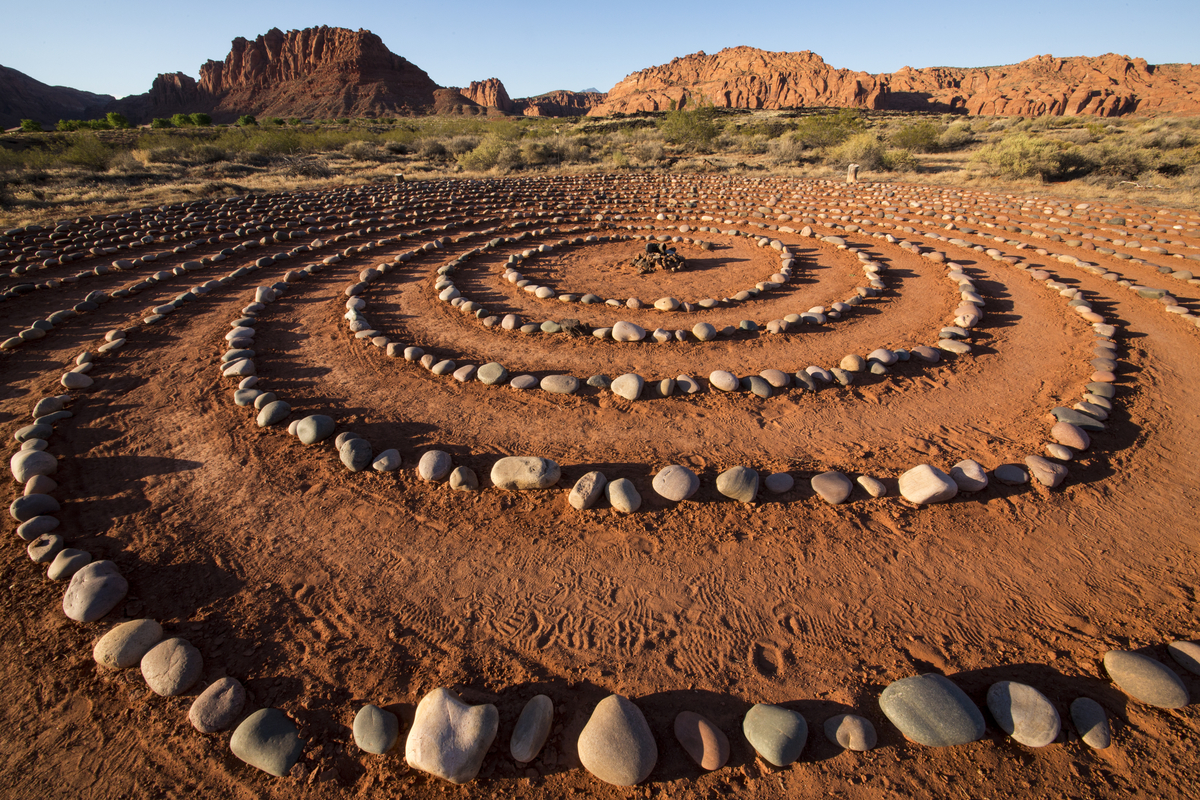 With 2020 looming, it is tempting to look for ways to “reset” our lives with traditional New Year’s resolutions. Truth be told, these resolutions rarely pay off with the behavior changes that we desire.

The “New Year, New You” mentality implies that there’s something wrong with us that needs to be scrapped and reconstructed. Perhaps we would be more successful at modifying our actions if we no longer label things as wrong or lacking in us, but simply identify behavior patterns that no longer serve our highest and best selves.

A powerful ritual to release the energy around things that no longer serve you is a burning bowl ceremony. As you reflect on the past year, allow yourself to play back your experiences as the casual observer, without any lingering emotions. This enables you to review any decisions that didn’t lend themselves to a positive outcome.

On a small piece of paper, write down what you want to let go of in whatever terms feel right to you; it can be a single word to a complex situation. As the pen writes, let the feeling of gratitude emerge as well. Open your heart to healing, allowing the flow of the words on the paper to stimulate the powerful release coming.

In a fire-safe bowl or shell, light your paper on fire while being fully present with the flames. As the paper burns, deeply inhale to make room for the change in you, releasing and unburdening yourself. When the last ember fades, that pattern of self-limiting habits or beliefs no longer holds power over you.

Fill Yourself Back Up

After you release the patterns or behaviors that no longer serve the highest and best version of yourself, it’s important to fill that space back up with things that you do desire more of in your life. Setting intentions is all over popular culture right now because it’s a powerful method for activating your manifestation mojo!

Visualizing your life with these positive changes already in it is an effective tool for drawing that energy to you. Using positive, behavior-based language in setting your intentions is an especially powerful manifestation tool. Instead of “I want to lose weight,” which is a pretty nebulous statement that does little to set you up for success, try “Today, I will make healthy eating choices.”

One of the biggest problems with New Year’s resolutions is that once our patterns reemerge, we become frustrated and simply abandon them until next year. But every single month, the moon grants us the opportunity for some “checks and balances,” a time to reinvest in our intentions and start over if needed.

Everyone is enamored with the full moon, that radiant time when we can see the entire lit portion of the Moon, when wolves howl and fairies dance. But the new moon is an equally impressive lunar force that allows us to begin anew. The new moon represents the time when the Moon is perfectly in line between the Earth and Sun. New moons generally cannot be seen, so the sky is darker and the stars brighter.

Simply put, the full moon represents the completion of the cycle, whereas the new moon reminds us that the beginning is here. Use the power of the full moon to once again review patterns that have come to a completion, the cycles that no longer serve you and release them. The new moon is your time of new beginnings: planting the seeds and creating new projects.

A Note on Retrograde

Even if you know nothing about astrology, you have probably heard of Mercury retrograde and its many horror stories about nothing working and a sense of dread. But what is the unseen force that seems to sabotage us? If you were to view the planets looking down from a bird’s-eye view, Mercury at times appears to be moving backwards. This is due to the disparity in time intervals between Earth and Mercury. A single year on Mercury is much shorter – 88 days compared to our 365.

Mercury affects communication, information, and now technology. But it cannot be used as an excuse for the poor decisions we might make during that phase. Your life still continues regardless, and the best way to combat retrograde is to go with the flow and learn the delicate art of less control!

If you’re still not ready to reset on January 1st, the astrological calendar does not officially begin until the Sun enters Aries with the Spring Equinox. Then we emerge from the hibernation of winter as nature flourishes with new growth and renewal. Life resets itself, the days grow longer, and possibilities thrive.

Whatever date on the calendar you use to mark the end of your year – and thus also the beginning – may it free you from the patterns that no longer serve you and fill you with positive intentions to attain your highest and best self.

Carolyn Ford, PhD holds degrees in psychology and sociology, as well as a master’s in parapsychology and indigenous studies and a doctorate in esoteric and indigenous studies. She works intuitively with many modalities including tarot, crystals, chakra energy and auras, intuitive astrology, and divination to help others form a deeper connection to their authentic selves.

Go check out our amazing partners on gettingclosereveryday.com under the partners tab.

💝 We have wellness partners offering free tools and amazing deep discounts on hundreds of products to help you find your balance, beauty, and wellness.

Support small business and enjoy some of the amazing products for yourself or a loved one.

Excited for more music magic and summer adventures! Life is about experiences and we are good at seeking out all the fun life has to offer. 🎼✈️🎤

Post One: 💕 There is nothing more beautiful than watching someone's dreams come true. I discovered @teddyswims404 on the @todayshow and this song he played. I instantly was a fan! What a beautiful heartfelt show he and his crew put on in Denver. So inspiring!

What a storyteller. What an amazing ride in this thing called life. Keep shining and believing in everything.

🎶 It's the sound of the rain coming down when you fall asleep
It's a call from a friend that you love, but never get to see
All the time you can waste tryna chase what you'll never need
Hope you back around to simple things

I loved connecting with my family and friends in Tucson. Sweetest twin sisters who surprised me with a decked out early birthday hotel room and lots of shenanigans.

I can't wait to be together again soon. 🌵🎉

Whether you are trying to lose weight, get a better job, be more confident or just trying to live the happiest life you can. Just know with hard work, accountability, and a supportive community that surrounds you, that you can achieve anything! You won’t likely get there in a day, but you can get yourself closer than you were yesterday. Reach out if you need more support or want to work with us!